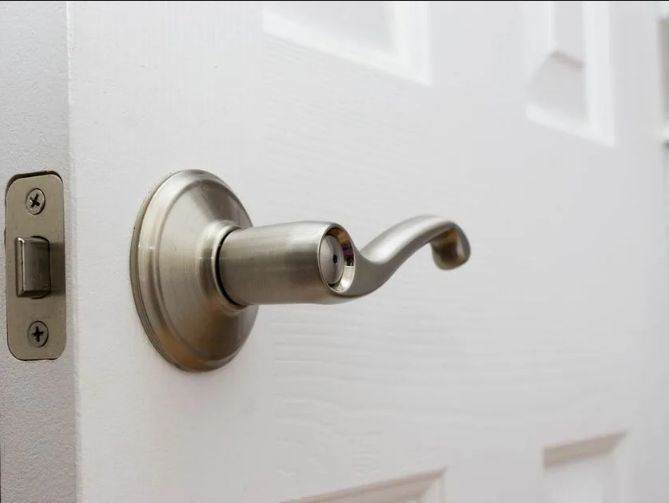 Door problems are often caused by the door and frame. But hardware can also be the cause of doors sticking. Hardware refers to the metal parts on a door:

In time, hinges loosen up and let the door sag so it no longer fits the frame. This happens when the screws pull loose. The cure is to remove the loose screw or screws. Fill the hole with wood putty or with a wooden matchstick or soft wood plug covered with white glue. Without drilling a hole, replace the screw in the plugged hole.

It is much easier to rehang a hinge than to rebuild a door frame. Often a cardboard shim behind one of the hinges will shift the door enough to prevent binding. Sometimes removing one hinge and chiseling the mortise a little deeper will correct both top and side clearances.

By plugging a loose screw hole with wood putty or soft wood like a matchstick, you can reset the screw. Sometimes you will need a longer screw as well.

Cut a piece of cardboard to place behind the side of the hinge that looks strongest. If two or more shims are needed, place them behind both sides of the hinge. If a door is sticking at the top, shim the top edge. If it is binding at the bottom, shim the bottom hinge.

Squeaking doors are really squeaking hinges. Oil is really only a temporary solution. To stop the squeak, remove the hinge pivot pin. Sandpaper off any rust. Then coat the pin with paraffin, graphite lubricant, or silicon spray and replace it. Never use oil; it collects dust and becomes sticky.

Latches and faceplates also cause problems. If the screws holding them to the door are loose, the door won’t close properly. Reset the screws after plugging the original holes with wooden matchsticks or soft wood just as you did the hinge screws. 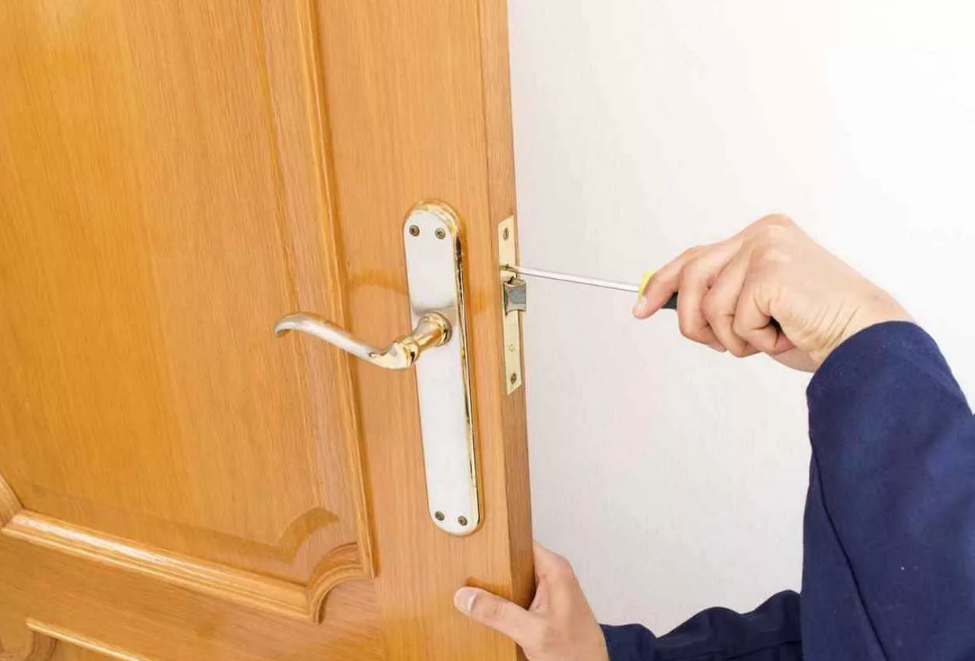 Strike plates should not be moved. It is better to enlarge the hole so the latch will meet.

The hinge pin holds the two parts of the hinge together and lets the door swing. To remove the pin, tap it with a hammer and screwdriver. Always remove the bottom pin first.

Tips on making the most of spaces with pictures

Doing up small spaces in your home 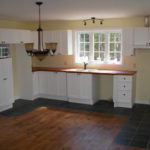 Tagged in DIY Outdoor, Do it yourself, Hardware, Home repair, Remodeling